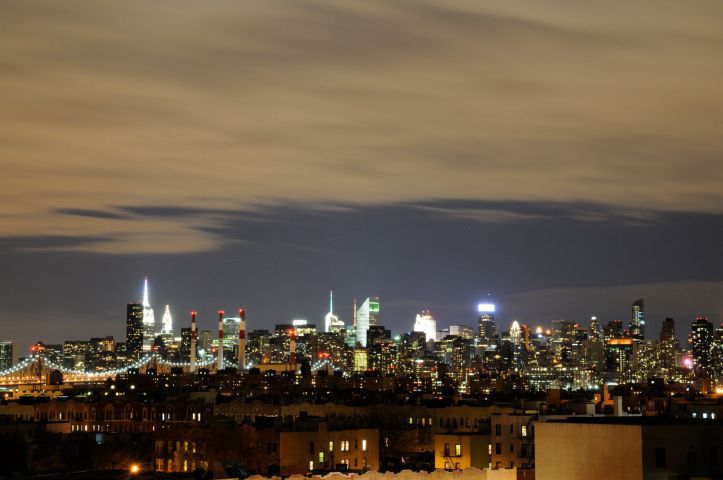 This short piece became part of the framework for the book I’m currently working on. There’s no title yet, but I can confidently say there’s six chapters of solid storytelling completed. The story follows two boys from Queens who take the subway into Manhattan in the summer time. Hip hop, skate culture, weed culture, it’s all part of the timeline. Read and share if you dig it.

There was a girl in New York City once.  We used to follow each other, block to block, crafting hair-brained schemes on days when there was nothing but the sun chasing us down the avenues and no curfew.  Those summer days we’d walk for miles, smoking joints, plotting on bottles of booze.

We were city kids after all, so we’d end up in a dusty, Spanish bodega, shoving forties into backpacks.  Bolting up the block, we’d heckle the old man in the apron as he chased us past four or five parked cars.  We’d make sure to remember the street signs and wait a few weeks before coming back.

I couldn’t have been more than sixteen.  What was her name?  Joanne?  Josie?  Johanna?  She and I went to parties to steal from coat pockets and raid medicine cabinets.  We hunted down that particular numb we’d get from chewing pain pills. If we were lucky and trendy enough, we’d swallow ecstasy and anticipate the sweats that counterbalanced the deep chills.  Like clockwork, we’d end up on the roof of her building, high as kites talking shit about the shape of clouds and the Knicks.

Some days we’d cruise through Central Park to the museum.  We promised each other we’d never get wrinkles as we watched the grannies and the baby sitters shuffle in and out of the massive glass doors pushing carriages, carrying packages, doing the normal things our teenaged brains deemed a million light years away.

She kissed me once on the subway platform waiting for the train to Brooklyn.  It was a short, wet kiss.  A mash of lips and mess, a combination of saliva and sweaty faces.  It felt like two hundred degrees underground in the middle of July.  I rode the next six stops with a huge grin and my hands in my lap.

Her name was Jocelyn. She was a tall, brown skinned Cuban with giant green saucers for eyes.  The kind you could see from the bottom of the lake.  So pretty it hurt.  The type of girl every boy wanted but didn’t deserve.  Jocelyn was fiery, loud as hell, and drop dead gorgeous.  I loved riding the subway with her, arguing for hours about who was better, the Mets or Yankees.  Buckshot or Rakim.

I didn’t catch a nose bleed from the coke.  It happened two weeks later, when my friend Connor had too many shots of Bacardi at house party in the Bronx and called Jocelyn a whore.  I have yet to meet a female with a better left hook.

After my sister died, Jocelyn and I sat on a bench across from St. Pats on 5th for hours.  We didn’t say a word.  I just cried and stared across the street at the tourists and lonely wanderers pushing in and out of the great cathedral doors.  She held onto my hand like if she let it go I would float away.  And I might have.

Jocelyn got pregnant during the winter of our senior year.  She started showing up to my basketball games with a Puerto Rican dude rocking braids and lots of gold in his mouth.  Her parents wouldn’t condone an abortion, and my parents knew I was in love.  Eventually that love faded over time, but the city remains.